With the "imminent" decree of canonization for Pope Paul VI, below are two articles/blog posts about the man and his role in the liturgical changes:
1) This article seems to provide excuses for Paul VI's actions with regards to liturgical changes, with which --it would appear--, he was not in agreement:
http://magister.blogautore.espresso.repubblica.it/2018/04/19/paul-vi-and-the-liturgical-reform-he-approved-it-but-didnt-like-it-much/
2) This blog post opposes the conclusions reached in the first one, particularly given the fact that Paul VI never publicly condemned or reversed any of the changes that bore his very signature:
https://rorate-caeli.blogspot.com/2018/04/dont-whitewash-history-paul-vi-was.html
************
﻿
It does seem "odd" that someone who does not want certain things to happen ends up being the one whose signature officially approves the unwanted things. ... It seems difficult to think that Paul VI willingly and knowingly approved what he thought deserved condemnation. After all, when he wanted to reprimand somebody or condemn something, he made it happen ... all one has to do is see how Archbishop Lefevbre was treated, or anyone who publicly opposed the changes Paul VI had already approved, not to mention how wonderfully Paul VI spoke of the fruits that would emerge from the new horizons that he was foreseeing.
Moreover, the way in which Paul VI dealt with Cardinal Mindszenty is still something that scandalizes any serious Catholic with a little bit of Catholic sense left in him -- it was a complete betrayal of the fight that the Cardinal had put up against communism for decades in order to ensure the survival of the Catholic faith under such savage regime.
Besides Humanæ Vitæ, can anyone really bring up anything else (positive) for which Paul VI's pontificate was known? Has the Catholic Church ever based Her decree of canonization on one (1) thing done by the person being added to the catalogue of Saints? Should every person believed to be in Heaven be declared a Saint ... should every Pope? We can think of a few Popes who are still (and have long been) waiting to be canonized, Popes with a better track record, as Popes and as fervent and devout men of prayer and undeniable holiness, than Paul VI.
It might be a good thing (some people might say) that the cult of canonized Saints is not a "big deal" in general. Very few canonized Popes receive much popular attention from the devout faithful after they are added to the catalogue of Saints; St. Pius V and St. Pius X being very well known exceptions. And, let's be serious: Paul VI was not a Pius V, nor a Pius IX, nor a Pius X, nor a Gregory VII, either in his personal life nor in the exercise of the Pontificate entrusted to him.
﻿
************
Paul VI celebrating the (immemorial?) New Order of Mass. At the time this photo was taken, the New Order was only a few years old, and its creators were still alive and kicking. 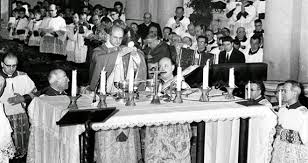 *
[Protestant] Contributors to the creation of the New Mass ... forget about the way in which the New Order is ("unfortunately") celebrated ... what about the creation process? Who was involved? Why were non-Catholics part of that process? 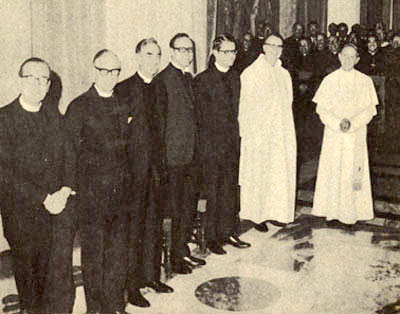 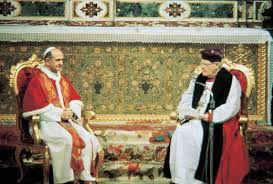 *
Paul VI giving the said "Archbishop" of Canterbury the episcopal ring he used when he was Archbishop of Milan ... a strange present for somebody the Church has formally decreed possesses no Apostolic succession! Stranger still is from *whom* the present came. Such a meaningless dramatic gesture! 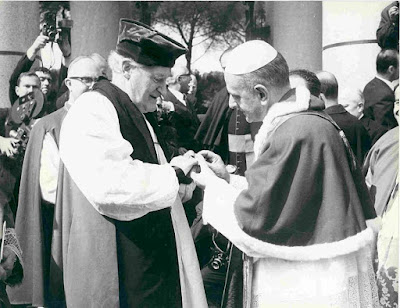 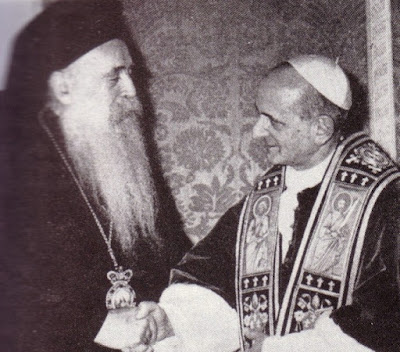 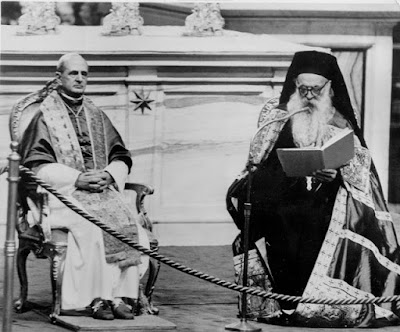 *
In an attempt to show humility (?) and moved by strong emotions (?), Paul VI kneels to kiss the feet of Metropolitan Meliton ... we can think of another "famous" kiss (a little over two thousand years ago) that was a betrayal of betrayals. 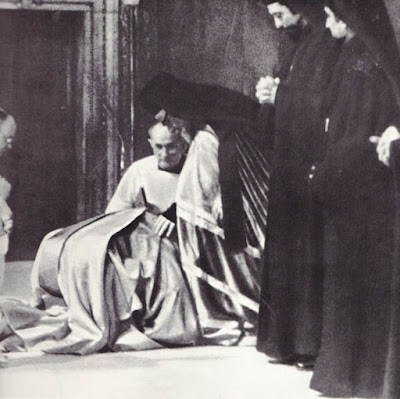 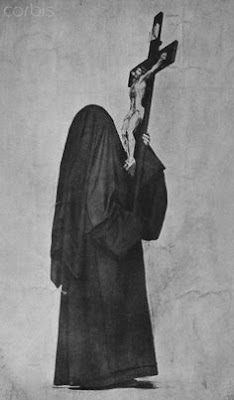 *
“What is Charity? A supernatural habit of the mind whereby we love God above all things for His own sake, and ourselves and our neighbor for Him. It is a theological virtue [like Faith and Hope], but higher than they, and the only *eternal* one of the three. Faith and Hope will take us as far as the threshold of eternity, but when we actually enter it, they will have fallen away. Only of Charity St. Paul has said: ‘Charity never falleth away, never dies’; it is eternal, like God Himself, like the Holy Spirit Who pours it into our hearts; and of such surpassing excellence that only the Divine Spirit can infuse it; of a quality that no human force or even the strength of the Seraphim, the spirits of love, can impart to us.” ~Fr. Escribano
* 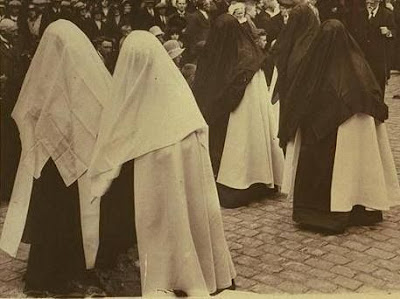 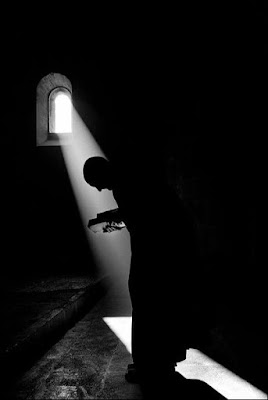 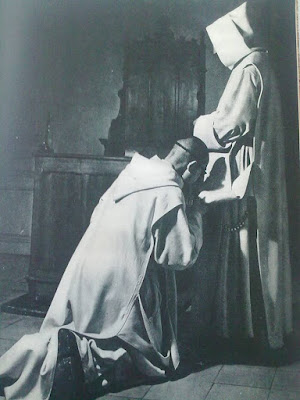 *
“Even supposing --an impossible supposition, of course-- that every virtue were enshrined in my soul, my whole existence a most fertile soil and limitless source of heroism, if I lack Charity, “nihil mihi prodest, nihil sum”; it would avail me nothing, I should count for nothing (Cor. xiii, 3). Charity is necessary --necessitate medii-- for my justification and salvation. Who does not love God is in sin.... Whoever appears before the Judgment-seat of God without the cloth-of-gold garment of divine love will have his part and lot with the hypocrites in the unquenchable fire.” ~Fr. Escribano
* 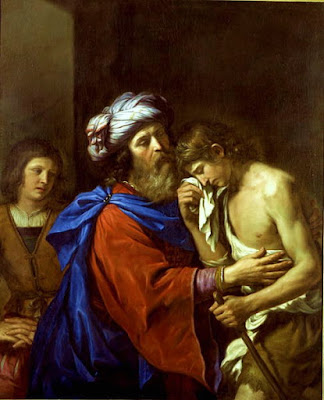 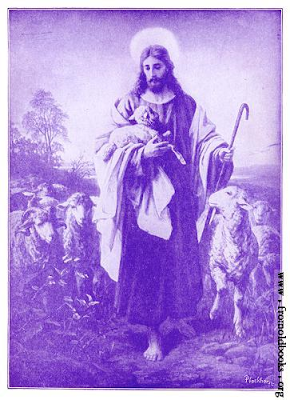 *
“The act of least outward significance, for instance, to give someone a drink of water, if done out of supernatural charity is of greater value in the sight of the Supreme Judge than the tortures of a St. Laurence if endured without Charity.” ~Fr. Escribano
* 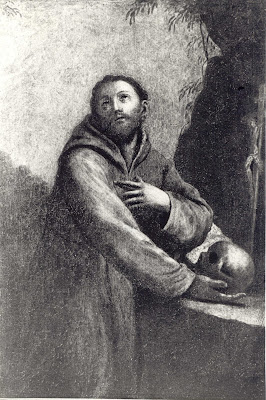 *
“...Because it is so necessary to love [to have Charity] in man’s life, God has imposed it upon him as a precept... and has placed it at the head of His commandments... and He has even summarized in it all the other (precepts). He who loves, keeps already all the other commandments.” ~Fr. Villar
Posted by latinmass1983 at 3:19 PM No comments: 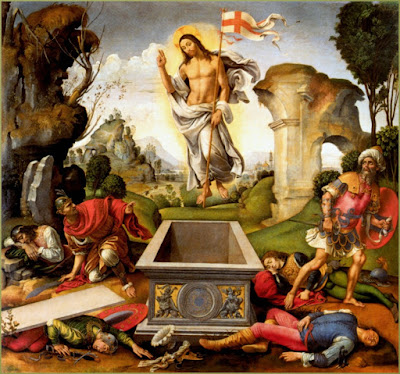 Christ is risen!
This good news that concerns everyone who comes into the world must be announced incessantly by word and by pen, by telegraph, telephone, and radio, through books and through the theater, from the heights of the pulpit and through the microphones of popular assemblies, in the cities and on the highways, by television and in the darkened halls of the cinema, on the eight continents and in all languages, in verse and in prose, through didactic teaching and the evocative medium of poetry, in all varieties of literature and in all forms of uproar of this news:
Christ is risen!
~Fr. R. L. Bruckberger, The History of Jesus Christ (1965)