The Sin of Lust

LUST -- THE SLAVERY OF SIN 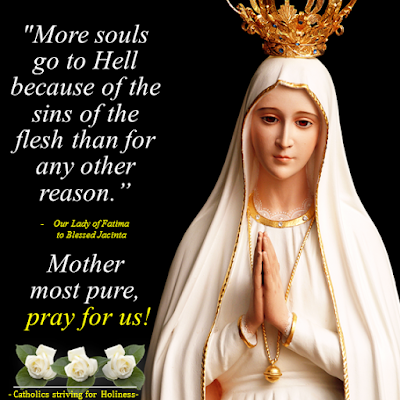 O, may He Who rose from the dead deliver us from the body of this death. May Mary Immaculate, and John the Pure, may all the holy choir of virgins, and that bright band who follow the Lamb wheresoever He goeth, intercede for us and keep us from this death. May they obtain for us from the Most Pure the strength to resist temptation; to suffer, as the holy martyrs Agatha, Agnes, and Lucy suffered, rather than yield to the tempter; to resist by violence, even to blood, as many holy monks and hermits resisted, rather than yield even in thought. May Magdalen, Augustine, and all the holy penitents who have felt the sting of the flesh, and, having yielded, gained grace to rise against their tyrant, and casting off their bonds, found safety in the wounds of Christ, obtain of Him for those who have unhappily fallen into this slavery the rending of the chains of the captive, and restoration from that service whose wage is death to the liberty of the children of God.

The Sin of Envy 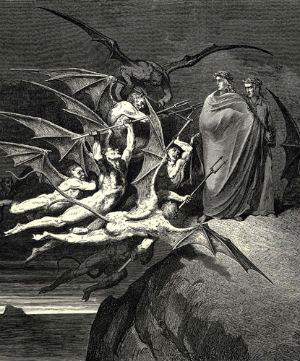 The first of all sins may be said to have been committed in heaven itself. It was that of the rebellious angels. Interpreting the various references that are made in Holy Scripture to this sin, theological writers hold that Lucifer, the light-bearer, the brightest and highest of the angelic hosts, was enraged because it was revealed to him that God the Second Person of the Blessed Trinity was to ennoble a nature inferior to that of the angels by becoming man. Stirred up by envy, he dared to raise himself against the will of God. How shall we depict what ensued? How shall we in human words convey ideas of heaven?
Michael and the heavenly hosts who remained faithful rose up with the cry, “Who is like to God,” and thrust these infatuated creatures from the light of Divine Love into the eternal gloom of hell. Thenceforth Lucifer was Satan, and his angel followers, devils. Thenceforward their heaven-born faculties were devoted to evil, to frustrating the designs of God and injuring His creatures in the human nature He was to adopt. The envy that begot the first sin propagated itself and continues to reproduce, through envy, temptation and sins of all kinds.
This envy, this sorrow at another's good, has had a fearful history, which should warn all to beware of receiving its poison into their system. Satan's first act of temptation was performed in the guise of a serpent, and after the manner of a serpent he has been spreading the venom of his envy ever since; and he finds the poison one of his most effective means for accomplishing his dire intentions. To Adam and Eve he suggested envy of God's perfections. “You shall become as gods, knowing good and evil” (Gen. 3:5). Cain was angry because his brother was better than he; and consequently Abel's gifts were more acceptable to God (Gen. 4:7), and so came about the first murder. Esau's hostility to Jacob arose from envy; Joseph was sold by his brethren; Core, Dathan and Abiron raised sedition against Moses; Saul sought to kill David—and all through envy; nay —did not Pilate himself perceive, when Christ was brought before him by the priests, “that for envy they had delivered Him” (Matt. 27: 18). 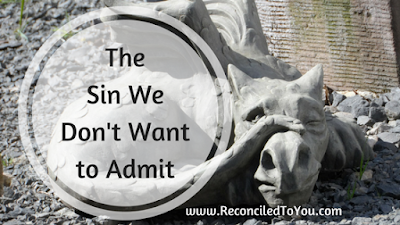 Thus, through all the history of mankind the virus of the old serpent has been constantly reinfused into human veins, and it has wrought an incalculable amount of harm. Other passions seem to prompt to individual acts of sin, but this appears as if it were almost an infection, transmitted continuously in the race. It is closely allied both with pride and anger, and together with them may be said to be the parent of many sins. Saint Thomas Aquinas enumerates the following “daughters of envy:” hatred, murmuring, detraction, rejoicing at another's harm, grieving at another’s good; and St. Paul, as St. Cyprian holds, was referring to the envious when he said, “The venom of asps is under their lips: Whose mouth is full of cursing and bitterness: Their feet swift to shed blood: Destruction and misery are in their ways: And the way of peace they have not known” (Rom. 3 : 13-18).
St. Cyprian further mentions the following as the fruits of envy; hatred, animosity, avarice, ambition, pride, cruelty, faithlessness, discord, anger, heresy and schism. Truly a numerous brood, even for a reptile; a horrible progeny, even from the old serpent himself. To trace the connection of each with its parent might be a task somewhat too lengthy, but the fearful array even of their names is sufficient to warn us to take all care lest we fall into this vice. The envious man is sometimes, though not necessarily, proud. He may have a high esteem of his own perfections and is therefore more easily blinded to another's worth. An envy of perhaps a more violent form is that of the man who knows himself to be of little worth, yet resents the worthiness of others, as if it were an injury to him. 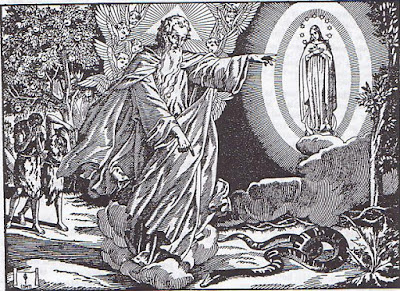 In either case, the victim of the vice is most miserable. In most vices, there is more or less of the allurement of pleasure, but here the sinner preys upon himself and makes himself the more unhappy because of the happiness of others; more guilty because of another's virtue. He is not unlike the reptile who being unable to revenge himself upon his enemy, stings himself to death. Child of Satan as this vice is, one would think that no other would adopt it. Who but the great enemy of God and man could be grieved because of another's virtue? who but his children? Who but a child of the great enemy could be moved to anger by the holiness of Christ, the purity of the Virgin Mother, the sanctity of the saints? Yet, have we not known them to be hated? Why else were the saints persecuted? Why else was Jesus crucified?
As antidotes against the power of the vice, cultivate meekness. Recall the ineffable sweetness of temper of our Lord, Who “offered His cheek to the smiter,” and who bade us “turn the other cheek to him who strikes us;” Who was “dumb as a lamb before his shearer,” and Who laid down His life for His persecutors. Practise humility, for since a high estimation of our own worth is a ready temptation to unhappiness in the worth or honor in another, it follows that a mean opinion or rather correct valuation of ourselves, and an indifference to the esteem of others, will be an excellent preservative against the danger of envy. Our Lord Himself, though His greatness was infinite, sought not His own honor, and was readily content to be, from Bethlehem to Calvary, the despised and rejected of men.
To us He prescribes— “Go, sit down in the lowest place. He that is lesser among you all is the greater” (Luke 9: 14). Christ is our model and our preceptor, and only in following Him can we hope to escape this, the wiliest, the most insidious of the deceits of the tempter. Practise above all things, charity. St. Paul, writing to the Corinthians, speaks of charity as the very reverse of all those things which St. Cyprian names as the companions of envy. “Charity is patient, is kind; charity envieth not, dealeth not perversely, is not puffed up; is not ambitious, seeketh not her own, is not provoked to anger, thinketh no evil; rejoiceth not in iniquity, but rejoiceth with the truth; charity never falleth away, whether prophecies be made void, or tongues shall cease, or knowledge shall be destroyed.” (1 Cor. 13: 4, s, 6, 8.) 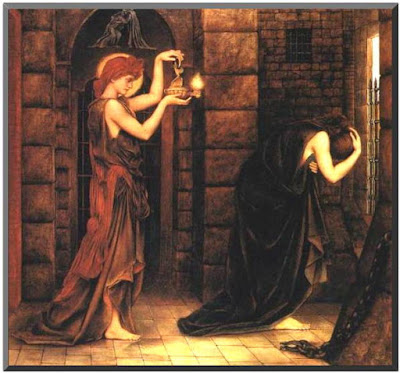 Many-limbed for evil as envy is, charity has as many arms strong in virtue; it is therefore the most effectual opponent to aid us in crushing the asp. The love of God and His perfections; the love of holiness and all who practise it; the love of our enemies, peremptorily demanded of all who claim the name of Christian,—these leave no space through which the serpent may enter, leave no room for envy. Shall we who follow Christ give place to His enemy? His love is the antidote for the poison.
“Envy not the glory and riches of a sinner” (Eccl. 9: 16). “Envy not the unjust man, and do not follow his ways” (Prov. 3: 31). Envy not another either the gifts he has received from God,—bodily strength or beauty, riches or family or friends; nor the gifts of soul; intelligence of will, grace or sanctity; for they that do such things shall not obtain the kingdom of God. (Gal. 5: 26.) The angels of God rejoice over one sinner doing penance. Do you then rejoice with them over another's good, weep for his evil. “Rejoice with them that rejoice, weep with them that weep” (Rom. 12: 15).