What difference does it make?

What difference does it make? 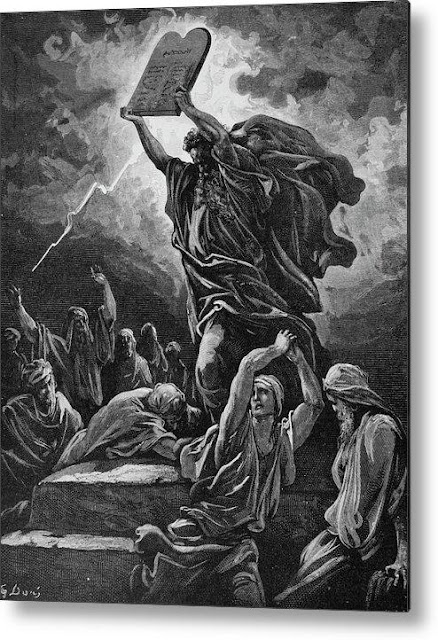 Recently, Pope Francis, was “pained to hear… a sarcastic comment about a pious [indigenous] man with feathers on his head who brought an offering” during Mass. In humble solidarity with the “pious man,” His Holiness asked: “Tell me: what’s the difference between having feathers on your head and the three-peaked hat worn by certain officials in our dicasteries?” The Supreme Pontiff was referring to the Catholic biretta. Apparently, to the Apostolic Lord of Rome, these types of things make no difference whatsoever.

But we ask ourselves, how come His Supreme Humbleness was “pained to hear” such comment, but did not feel the same pain when His Holiness Himself made some disparaging remarks about young “rigid” priests who wear Cassocks and the Roman hat (“saturno”)? How quickly His Holiness’ pain disappears when those who don’t agree with all that comes out of His Merciful Mouth are the ones who are viciously offended, vindictively attacked, and savagely persecuted by His Holiness Himself or His Holiness’ protégés!

How far is the reigning Pontiff from the example of Pope St. Gregory I when writing to Eulogius of Alexandria: “My honor is the honour of the Universal Church. My honor is the firm position of my brothers. I am really honoured when due honor is not denied to each of them.” Instead, Pope Francis has a preference for attacking, ridiculing, and disparaging whatever may bring visibility to anything that used to bring honor and respect to the Church of God, Her faithful ministers, and Her immemorial practices.

Our “Catholic sensibilities” are not supposed to be hurt by such things, the reasoning goes, or by horrible pagan-like/shamanic ceremonies at the Vatican in the presence of the Pope Himself! According to this logic, what difference does it make to see practices and ceremonies that predate the advent of Christianity performed with the consent and approval of the visible Head of the Catholic Church? It would seem that to His Holiness they are the same as the ceremonies of the Mass – the New Mass, that is, because WE KNOW how His Holiness feels about the Old Mass! WE KNOW that those old immemorial rites, practices, and ceremonies of the Roman Church do make a difference to His Humble Person! So much so, that His Holiness and His Holiness’ friends are willing to lie, persecute, slander, and stamp out anything reminiscent of the old Catholic days… Such “rigidly neopelagian promethean observances that cause deeply-rooted psychological problems” should have no place in the Church of God! Or so is their humble wish.

We could get the impression that, according to His Holiness, the way we feel about Holy Mass is the same way we should feel about ritualistic services to Pachamama (mother earth) with representations of Yacy, Ruda, and Guaracy – all pure and unadulterated pagan idolatry and immodesty ....  this should make no difference at all, they say. Just as it would make no difference to His Holiness and minions if what had taken place had been the burning of incense –or, better yet, the killing of babies!– in honor of the ancient golden calf idolized by the Hebrews after the God of Israel freed them from the hands of Pharaoh.

At the (“fertility ritual”) ceremony that took place in the Vatican gardens on October 4th in honor of Pachamana, the Holy Father was given a black ring (tucum ring – anel de tucum), which has become very closely associated with the principles of Liberation Theology, which in the Pontificate of Pope Francis has reached levels of biblical importance. With regards to the ceremony, Cardinal Baldisseri said: “the purpose is to focus on this garden [the Amazon region] of immense wealth and natural resources… and a territory that’s threatened by the runaway ambitions of human beings rather than being taken care of.”

Honestly, that whole thing reminded us of another Garden (spoken of in the first book of the Sacred Scriptures) where those involved had the ambition to be like gods, and we all know that that led to negative consequences of unparalleled proportions. And here we are in 2019 with high ranking members of the Catholic Church (the Bishop in white included) tempting the same God with a similar ambition and behaving as if the Incarnation of the Son of God had never happened. How horrible is that! And then today we hear that the Holy Father’s friend, the “journalist” Eugenio Scalfari (a Leftist atheist), reports that the Holy Father told him that Christ was not God. We’re not sure about you, but that’s flirting directly with Sabellianism, Arianism, Modalism, Patripassianism, Subordinationism, Nestorianism, and a few other officially certified heresies… nothing new about the heresy, except that the One Who might possibly be dishing it out is none other than the Supreme Pontiff Himself!

In the old days of Faith, the Popes would have been the ones to clarify the correct teaching the faithful were to hold, but that does not seem to be the case these days. Pope Julius, in the times of St. Athanasius, during the Arian heresy, would have said: “Do you not know that this is the custom, that you should write first to Us and that what is right should be settled here?” Pope St. Agatho would have said: “The Apostolic [Roman] Church of Christ, by the grace of Almighty God will never be shown to have wandered from the path of Apostolic tradition, nor has it ever fallen into heretical novelties; but it was founded spotless at the time of the beginning of the Christian faith.” It might be safe to say, and I think you will agree, that Francis the Merciful would cut His Humble tongue out before saying anything like that! Instead, His Holiness would yell at us and at the top of His Apostolic lungs –oops, we forgot His Holiness only has one, though that does not prevent His Holiness from yelling at us anyway!– what’s the difference?

Well, to us, faithful Catholics, it does make a big difference... just as one “iota” made an essential difference in the 4th century with the Arian heresy. As Fr. Adrian Fortescue aptly said: “What, it is asked, can the difference between Homoüsios and Homoiüsios matter? Was it worth while to rend the whole Church for the sake of an iota? Undoubtedly to a person who cares nothing for any dogmatic belief, to whom the Christian faith means either nothing at all or a vague humanitarianism, the discussion will seem absurd… But to people who take historic Christianity seriously one may point out that the question at issue was the vital one of all. It was that of the Divinity of Christ.”

And Fr. Fortescue goes on to say that in combat, soldiers from two different sides whose nations have very similar flags “or [coats of] arms” would not waver in their allegiance to their nation because of such similarity or very slight differences. So, while for the Servant of the Servants of God an indigenous feathered hat might be the same as a biretta, to an actual faithful Catholic, there is a real difference between the two. Just as an actual Catholic will detect a clear difference between real inculturation and neo-paganization!

The Supreme Pontiff may go on and on with all this silly stuff about “pockets of rigidity” and “semi-schismatic ways” that lead to a bad end and to an “unhealthy view of the Gospel,” but the thing is that we somehow still have something called the Ten Commandments. And the first of these commandments still reads: “I am the Lord thy God, Who brought thee out of the land of Egypt, out of the house of bondage. Thou shalt not have strange gods before Me.” Actual faithful Catholics, despite the criticisms and condemnations coming from Bishops, Cardinals, and the Holy Father Himself these days, still want to continue the ancient Catholic practice of worshiping the True God alone by preserving the purity and integrity of the Catholic Faith through absolute loyalty to the Church of Old Rome in Her unchanging dogmas and living traditions, particularly in the true Roman Mass.

Long gone are the days when Popes, like St. Leo the Great, would write to world leaders: “… the same Faith must be that of the people, of bishops, and also of kings, oh most glorious son and most clement Augustus!” Or Popes like Leo IX, writing to the heretic Michael Cerularius on the preservation of Church unity: “… Woe to those who break it! Woe to those who ‘with high-sounding and false words and with impious and sacrilegious hands cruelly try to rend the glorious robe of Christ, that has no stain nor spot.’” And, as the same Pope Leo IX wrote to the then ambitious Patriarch of Constantinople: “Let heresies and schisms cease. Let every one who glories in the Christian name cease from cursing and wounding the holy Apostolic Roman Church.” And this was, as it should always be, the case because it is the constant Catholic principle that there MUST NOT BE ANY COMPROMISE in matters of Faith and Morals. Unfortunately, and with utmost sadness and shame, it must be admitted that even faithful Catholics these days fall short of this essential Catholic principle…

Nevertheless, we’ll continue to pray for our Beloved Pope Francis, despite His Holiness’ love of deception, schism, division, confusion, heresy, scandal, perversion, etc., which will be to His Holiness’ eternal disgrace if no change takes place in His Humble and Merciful Heart before His Holiness meets the Supreme Judge of all. And we, faithful Catholics, must continue with our daily living as Catholics did in the old Catholic days, when Rome was unequivocally “the center and organ of unity,” when Rome’s guidance was “known, respected, and universally accepted.” This current trend of exchanging the teachings of Christ for communist ideas, corruption of morals, and pagan practices does not sit well with us … given that we keep in mind constantly what Galatians 6:7 tells us: “Be not deceived, God is not mocked.”

What an interesting Pontificate this is!
Posted by latinmass1983 at 1:34 PM 1 comment: