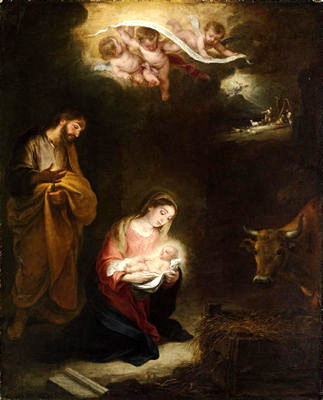 “Today the Word of God appeared clothed in flesh, and That which had never been visible to human eyes began to be tangible to our hands as well. Today the shepherds learned from angels’ voices that the Saviour was born in the substance of our flesh and soul; and today the form of the Gospel message was pre-arranged by the leaders of the Lord’s flocks , so that we too may say with the army of the heavenly host: ‘Glory in the highest to God, and on earth peace to men of good will.’”
“Our Saviour, dearly-beloved, was born today: let us be glad. For there is no proper place for sadness, when we keep the birthday of the Life, which destroys the fear of mortality and brings to us the joy of promised eternity. No one is kept from sharing in this happiness. There is for all one common measure of joy, because as our Lord the destroyer of sin and death finds none free from charge, so is He come to free us all.
Let the saint exult in that he draws near to victory. Let the sinner be glad in that he is invited to pardon. Let the gentile take courage in that he is called to life. For the Son of God in the fullness of time which the inscrutable depth of the Divine counsel has determined, has taken on Him the nature of man, thereby to reconcile it to its Author: in order that the inventor of death, the devil, might be conquered through that (nature) which he had conquered.
And in this conflict undertaken for us, the fight was fought on great and wondrous principles of fairness; for the Almighty Lord enters the lists with His savage foe not in His own majesty but in our humility, opposing him with the same form and the same nature, which shares indeed our mortality, though it is free from all sin.
Truly foreign to this Nativity is that which we read of all others, ‘no one is clean from stain, not even the infant who has lived but one day upon earth’ (Job 19:4). Nothing therefore of the lust of the flesh has passed into that peerless Nativity, nothing of the law of sin has entered.”
~St. Leo the Great
Posted by latinmass1983 at 10:54 AM No comments: 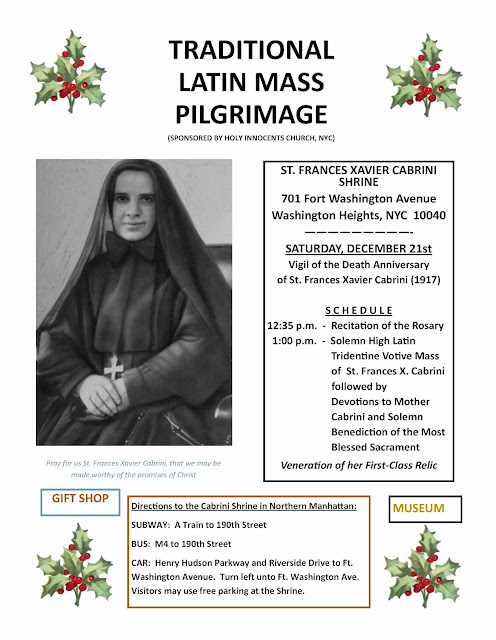