Meditation On The Carthusian Vocation

“Only those who have experienced the solitude and silence of the wilderness can know what benefit and divine joy they bring to those who love them. There strong men can be recollected as often as they wish, abide within themselves, carefully cultivate the seeds of virtue, and be nourished happily by the fruits of paradise. There one can try to come to clear vision of the divine Spouse who has been wounded by love, to a pure vision that permits them to see God.”

~~St. Bruno, Letter to a friend 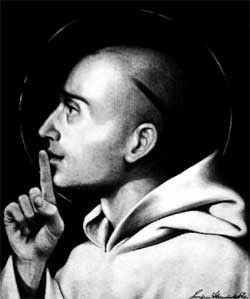 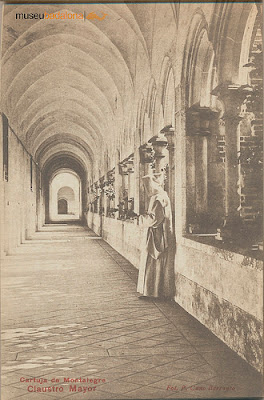 ***
To become a Carthusian, the desire alone does not suffice. He alone remains in the Charterhouse who has felt a call in the very centre of his soul, which is more powerful than any of the contradictory forces within and around him. The Carthusian vocation is a work of God. Our human co-operation is perhaps more indispensable than in any other context, but we are well aware that we are utterly incapable of bringing the work to fruition left to our own devices. 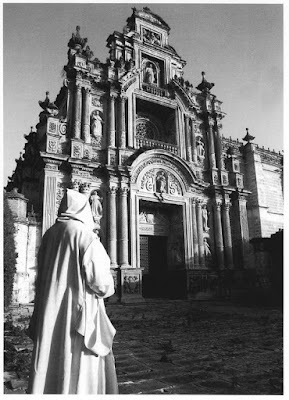 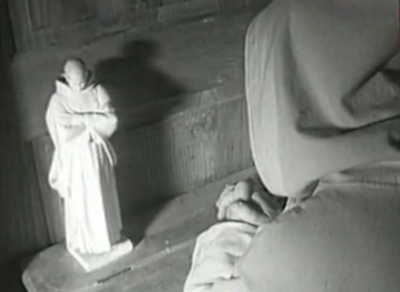 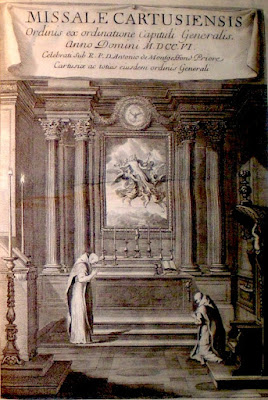 The seduction of the Absolute
He alone who has experienced this seduction can understand. When God calls, it is so self-evident that all words and arguments are left behind. When God reveals Himself, there is no room for discussion; it is He alone Whom we meet, even if we can find no way of explaining this to others. For want of a better term, let us speak here of “the Absolute”. Such a way of speaking has its disadvantages, as must any discourse about God; yet, it brings to the fore what is the distinctive attribute of an in-depth revelation of God: it is He and no one else.
We recognize Him immediately even if we have never met Him before. There is nothing with which we can compare Him. He reveals Himself truly as perfection itself and takes hold of our hearts at once. A thirst is born within us, which nothing can quench except the Absolute. Anyone who has received this wound sets out in quest of the means of reaching the Absolute in so far as it is possible in this life. No doubt, the means available will always be inadequate, but we long to do all that is in our power to attain it. 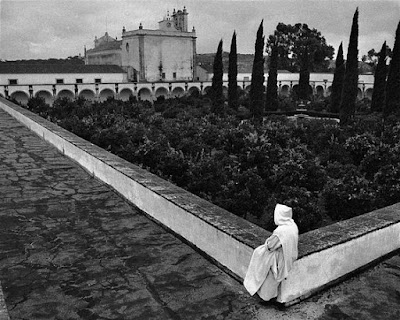 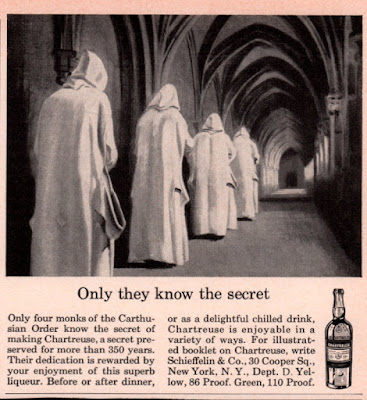 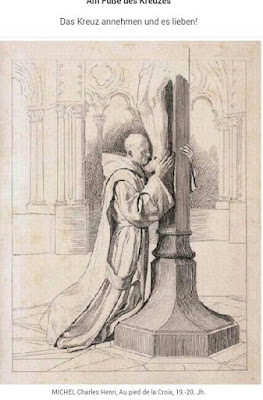 1. To give oneself to God for his sake.


To the one who sets out on this quest, the Charterhouse appears from the outset as a world he already knew, sight unseen. It seems to hold the answers, as if by instinct, to his search. There seems to be a sort of connivance between what one is told and what one would have said oneself. To give oneself to God for His sake. To live for Him alone. To renounce everything that is not God and find in Him the fulfilment of all we seek. Not only do we find these formulas written down, but we have the feeling that they are actually being lived, even if we realize that the framework is in many ways rather shabby and apparently a bit shrivelled up. 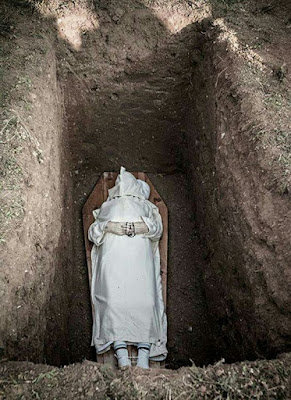 2. A complete break with the world.


A Charterhouse couples in a quite inseparable manner both the heady prescriptions for union with God and a brutal rupture from what in traditional monastic language is called “the world”. Despite certain misrepresentations, there is nothing in this of Manichæism, pessimism or contempt for those who are part of “the world”.
The world is the whole of humanity engaged in the splendid enterprise of co-operating with the action of the Creator. It is man tending towards God across the whole spectrum of his creation. It is religious man who reflects the face of God in Christ through a thousand forms of apostolate. All of this is good and all reflects God; but none of it is God. Choosing God consequently implies a separation from everything that is not God without even considering all that is involved, and we would not dream of compromising on its exigencies. Even the most wonderful of His creations is nothing compared with Him and He it is Whom we seek. 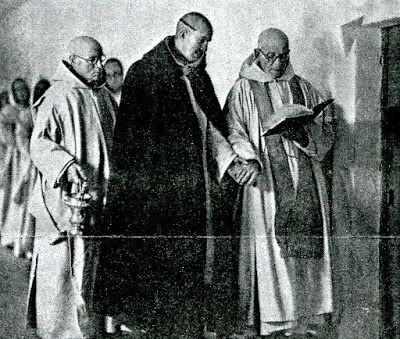 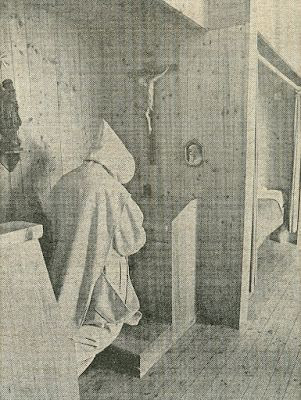 
We have referred to the seduction of the Absolute. The expression is not too strong. It brings to mind the words of Jeremiah: “You have seduced me, Lord, and I let myself be seduced”. In the joy of finding God, all decisions become easy, however much we may still be obliged to reach them only after careful consideration. One realizes that there can be no other solution; a great threshold must now be crossed which commits us totally and exclusively to the search for God. We must cast ourselves into the abyss, believe in the Absolute, and cut ourselves off from all that is not God. 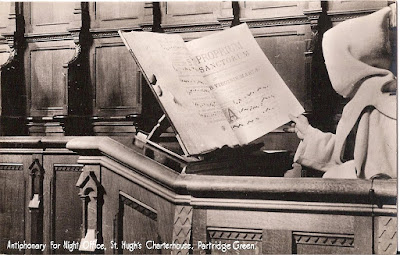 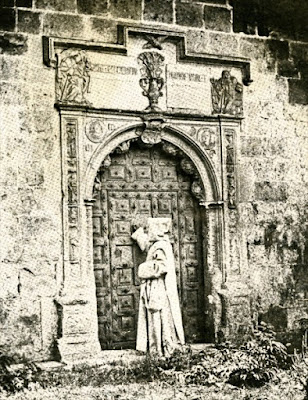 4. To be resurrected with Christ.


Only Jesus, through His death and resurrection, was able to fulfil this dream completely; to respond with His whole being to the call of God, to cast Himself onto Him and to find Himself again fully in His embrace. To choose the Carthusian way is therefore to immerse oneself in a particularly expressive and effective way in the Resurrection of the Saviour. There must be a death, of which we are not always fully conscious at the start, but which gradually extends its effects into all the dimensions of our lives. Yet there is also a birth into a new life, which truly brings us into intimacy with God.
~~A Carthusian
Posted by latinmass1983 at 4:13 PM No comments:

An Illegitimate Child's Question Regarding His Identity 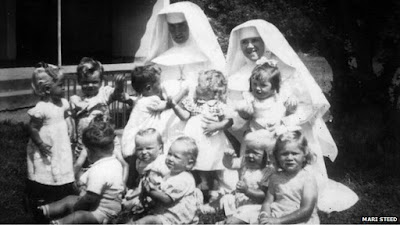 Case. — Ximenes was born twenty-one years ago, outside of wedlock. His parents gave up all claim to him the day they left him, a helpless babe, with a foundling asylum in charge of Sisters. He was reared in a charitable institution, and is now a sober, steady worker at his trade, ably supporting himself. He is anxious to know who are his parents, and how he ever came to be under the care of the good Sisters. To give him the requested information would be to make known to him the facts of his illegitimate birth and the evil life of his parents.


Question.—Am I justified in refusing his request?

Solution.—In the abstract it would seem to us that the young man in search of his identity has a right to the information necessary to establish that identity. The natural relations existing between parents and child put forth a claim, as evidenced in the activity of Ximenes, which calls for satisfaction. We would not deny that he is following an instinct natural to the race, and that he could lay claim therefore to an instinctive right.
But the question on the whole must be considered from another viewpoint, and must be decided by the influence of other conditions. Granting that fundamentally he has a certain right to the knowledge he persists in obtaining, would it invariably follow that he should be put in possession of the facts concerning his origin? We do not think so.
We can conceive of cases, we know of some, where success in gathering such knowledge was not only of no benefit, but was eventually exceedingly harmful. A case in point was that of a young lady who had been adopted by an excellent Catholic, though childless widow. The child was brought up a strict Catholic and lived an exemplary life for twenty years. An accident led to the discovery of facts, and this so overwhelmed her with a sense of shame that she cursed her real mother, and despite the efforts of the widow, who had a real affection for her she grew lax, rejected the admonitions of her confessor, and ultimately abandoned herself to the allurements of the forbidden path.
This may be considered an isolated case, but such is not our view. At all events, it has to be reckoned with. So, in the case before us one would have to reflect upon the harm that would probably come to the child of such parents, and would likewise have to consider the present condition and circumstances of the parents, not forgetting to reckon with the rights of society itself. In almost every case, the child receives a severe shock, is broken in spirit by the appreciation of the “taint,” and cannot shake off the feeling of being an outcast. Continuous brooding, then, leads to pernicious results.
Again, the parents may be dead, and charity would ask that they be allowed to rest in peace. Or, if not dead, they have wantonly abandoned their child, and it could hardly be expected that they could exercise the wise control, the uplifting influence, of a good parent on their offspring. Nor can the unhappy child be expected to love and reverence the parent who conceived and abandoned it in sin. It will more likely hate its progenitors and repay disgrace by disgrace. Of course, some may act otherwise, but exceptions are rarities. Society does not gain by the knowledge supplied to illegitimates. Experience proves that in ignorance of their natal conditions, such children acquire better moral control over themselves, and lead more useful and more contented lives.
Why, then, should they be told the concrete facts? We think that whatever right they may have it must yield to the greater good that is apt to follow ignorance of their illegitimacy.