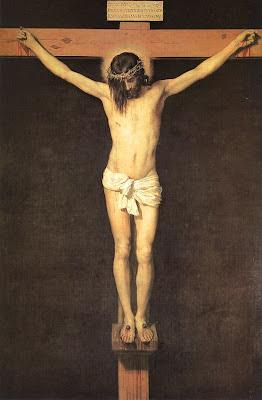 *
As Jesus remained silent and did not reply, the chief priest, standing, said to him, “I adjure thee by the living God that thou tell us whether thou art the Christ, the Son of God.”… To the solemn question of the sovereign pontiff, Jesus replied that He was the Messiah. If he had stopped there in his reply, the trial might have gone forever. Such an assertion was not an offense, since the Messiah was in fact to appear and make himself known by his miracles and the fulfillment in him of the prophecies… But he has decided to speak clearly on this subject because no further ambiguity is possible.
* 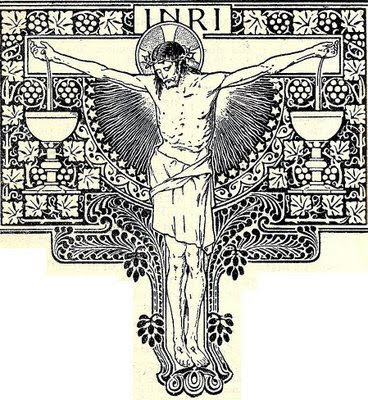 *
Contrary to what might be imagined, the tribunal would not have been shocked by such a claim… Up to then Jesus was not liable to a capital sentence. The supreme title “Son of God” itself remained ambiguous and had been used without blasphemy by the kings of Israel. The witnesses to the charge were floundering, the accusation was sinking in quicksand, it was Jesus Himself Who refloated the trial, for, to His own destruction, He did not stop there.
* 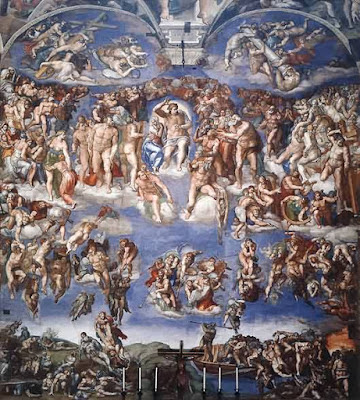 In fact, He added, “Thou hast said it. Nevertheless, I say to you, hereafter you shall see the Son of Man sitting at the right hand of the Power and coming upon the clouds of heaven.” Here, in full Sanhedrin, before the Supreme Court of His nation, face to face with the chief priest, this humble Galilean, His face already covered with spittle, had given voice to the most extravagant of pretensions, claiming for Himself not only Messianity but eternity, empire over the centuries, the Last Judgment, omnipotence, in a word, equality with God Himself. 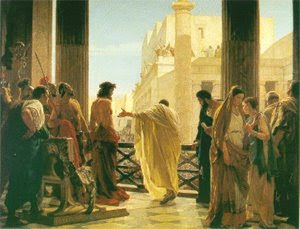 *
Before the chief priest He dares call Himself “Son of Man” and evoke unmistakably before all these notables the great prophecy of Daniel: “As the visions during the night continued, I saw one like a son of man coming, on the clouds of heaven; when he reached the Ancient One and was presented before him, he received dominion, glory, and kingship; nations and peoples of every language serve him. His dominion is an everlasting dominion that shall not be taken away, his kingship shall not be destroyed."
* 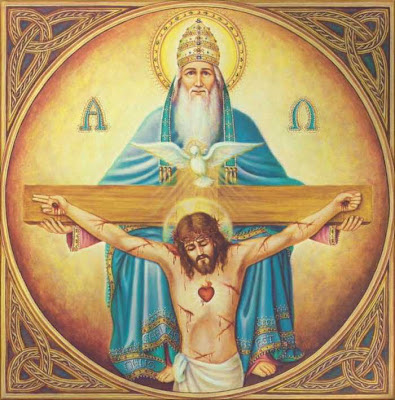 *
At one stroke all these people became crazed with rage. Their system of thinking and judging exploded. Each and every one of them knew by heart the prophecy of Israel: Jesus’ few words, “Son of Man,” “clouds of heaven,” had set in motion all the mechanism of memory and exegesis. They all knew very well that the prophecy of Daniel could designate only a being who was literally divine… He claimed to be God in person…
* This pretension, once voiced before the tribunal, could only be false or true. If false and mendacious, then Caiphas was a thousand times right, Jesus had blasphemed and, according to the Law of Moses, He deserved the death reserved for Him… But if it was true, then Jesus had not blasphemed, since God cannot deny Himself. But then Jesus, because He was God in person, was above the Law of Moses, above Moses himself: over Him the Law no longer had any power, for Him it no longer served any purpose, the Law expired at the feet of This Defendant. The Law could do all except judge God. Eternally incompetent and void, a Law murdered with Him Whom it put to death.

Jesus in fact greatly simplified the problem for the Sanhedrin. No one could have dared hope for a more co-operative accused. His personal claims went far beyond the original accusation. In fact, He left His judges no choice but to condemn Him to death for blasphemy or to kneel down before Him and adore Him.

~The History of Jesus Christ