Should a Surplice be Lent to a Protestant Clergyman? 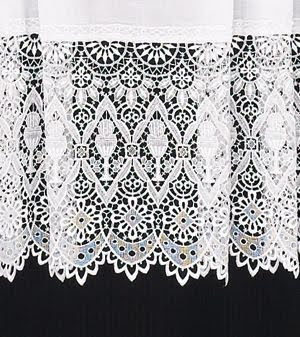 
MAY A SURPLICE BE LENT TO A PROTESTANT CLERGYMAN?

“As to the surplice, I would not venture to say there would be anything essentially wrong in lending it, so that the act could be justified by no possible reason, as the act is indifferent in itself, and is only materially connected with the Protestant service. Practically, however, in ordinary circumstances, I consider it wrong, as involving a kind of co-operation with the person in his clerical functions, and a degree of fraternization calculated to give scandal. The answer might be that the priest would be most willing to do the minister a merely personal favor, to oblige him or serve him in his private capacity, but that Catholics consider it objectionable to connect themselves at all with the religious services of Protestants; that this is his own (the priest’s) view, but that, even if he could justify the thing to himself, it might dis-edify the laity who would come to know of it; that he feels distressed at having to decline compliance with any request of Mr. -----, but hopes the explanation he has given will be considered a sufficient excuse."
Posted by latinmass1983 at 3:09 PM

Labels: Use of the Surplice

Down with loaning surplices to Protestants!