TAKEN FROM THE AMERICAN ECCLESIASTICAL REVIEW 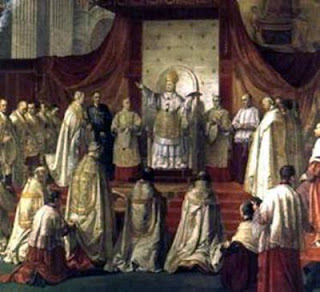 A SUCCESSOR OF ST. PATRICK THUS DESCRIBES THE GLORIOUS CEREMONY, AT WHICH HE WAS PRESENT, OF PRONOUNCING THE DOGMATIC DECREE WHICH DEFINES THE DOCTRINE OF THE IMMACULATE CONCEPTION (1854)
THE following account of the ceremony of the definition, from the pen of the late lamented Primate, the Most Rev. Dr. Dixon, Archbishop of Armagh, cannot fail to be acceptable to our readers. This simple but natural and truthful narration accords better with the subject, and makes a more lasting impression, than the most striking flourishes of rhetoric could produce: 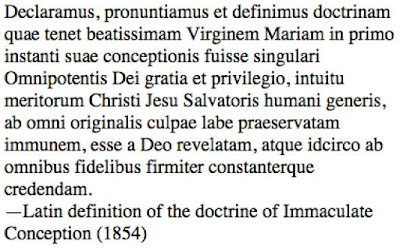 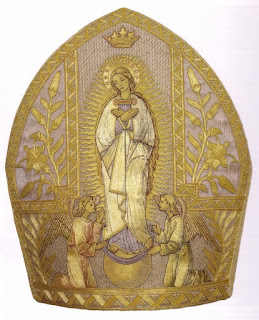 Mitre used by Bl. Pope Pius IX when declaring the dogma of the Immaculate Conception in 1854
Posted by latinmass1983 at 12:04 AM