Pictures of the Traditional Solemn Mass at St. Cecilia's Church in Brooklyn

These are pictures of the Solemn Mass at the Church of St. Cecilia in Greenpoint, Brooklyn. This Mass was to celebrate the 110th Anniversary of consecration. The Te Deum was sung at the end as an act of Thanksgiving. The consecration crosses were incensed (as they were when the church was consecrated) and the candles were beautifully decorated. The singing by the Sacred Ministers was wonderful. The sermon was very moving. There were about 200 people in attendance. There were 13 servers helping.
The pictures below were taken by a faithful in the congregation.
***
The outside of the church was illuminated with small (lit) candles. 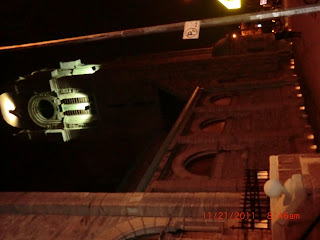 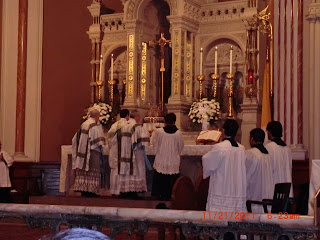 *
The recitation of the Gloria by the Sacred Ministers 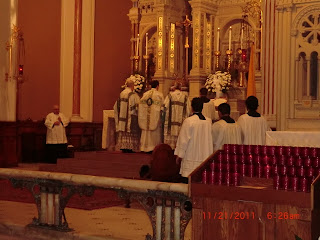 *
The reading of the Gospel by the Celebrant 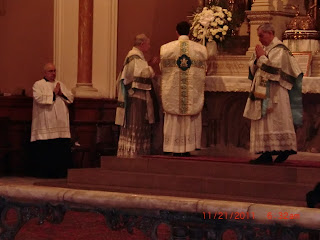 *
The line-up for the Solemn singing of the Gospel 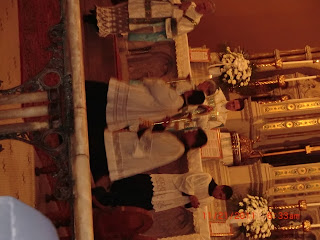 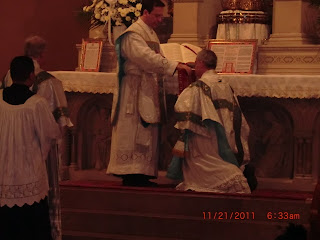 *
The Deacon (and Homilist) reads the Epistle in English 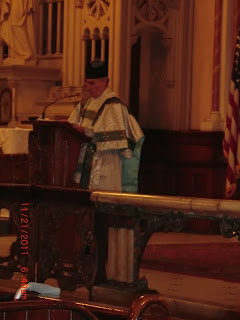 *
The Deacon (and Homilist) reads the Gospel in English. He also preached on the meaning of consecrated churches and on the beauty of the architecture of the Church of St. Cecilia 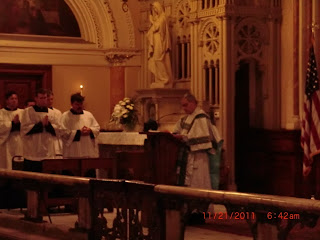 *
Everyone listens to the Gospel reading in English 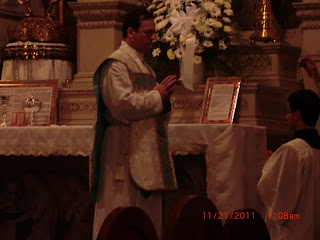 *
The Deacon of the Mass incenses the consecration crosses (there are 12) on the walls. These crosses are incensed immediately after the Celebrant. 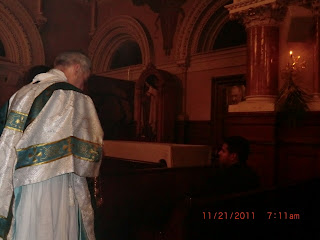 *
The Deacon of the Mass is incensed by the Thurifer 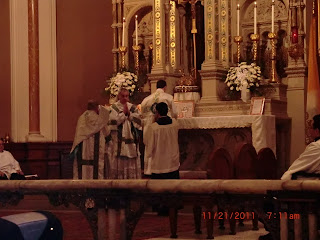 *
Consecration of the Chalice 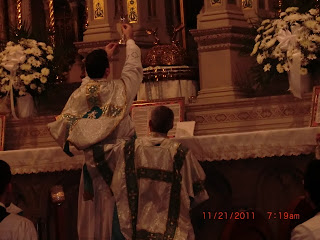 *
The Deacon of the Mass sings the Ite, Missa est 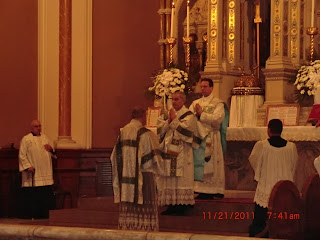 *
The Celebrant reads the Last Gospel (of. St. John) 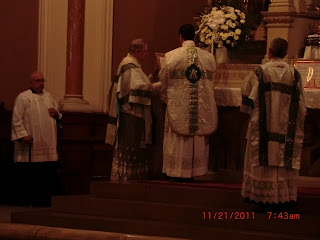 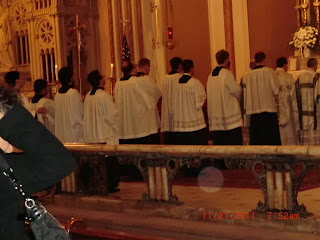 *
After the Mass, there was a reception for those who attended the Mass 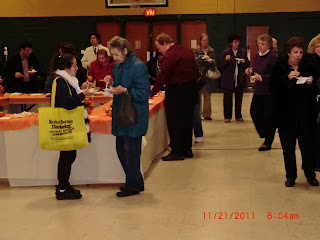 *
The faithful socialize during the reception 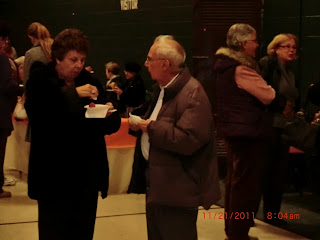 ***
For more pictures of the same Solemn Mass, go here: http://sthughofcluny.org/2011/11/solemn-high-mass-at-st-cecilia-greenpoint-brooklyn.html. This link provides pictures taken by Stuart Chessman of the Society of St. Hugh of Cluny.
Posted by latinmass1983 at 10:18 AM