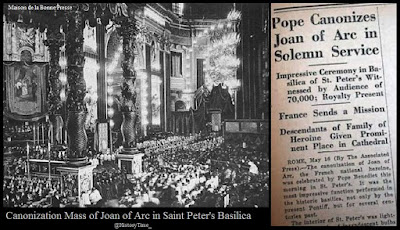 
IV. ICONOCLASM IN THE WEST
There was an echo of these troubles in the Frankish kingdom, chiefly through misunderstanding of the meaning of Greek expressions used by the Second Council of Nicaea. As early as 767, Constantine V had tried to secure the sympathy of the Frankish bishops for his campaign against images this time without success. A synod at Gentilly sent a declaration to Pope Paul I (757-67) which quite satisfied him. The trouble began when Adrian I (772-95) sent a very imperfect translation of the Acts of the Second Council of Nicaea to Charles the Great (Charlemagne, 768-8l4). The errors of this Latin version are obvious from the quotations made from it by the Frankish bishops. For instance, in the third session of the council Constantine, Bishop of Constantia, in Cyprus had said: “I receive the holy and venerable images; and I give worship which is according to real adoration [kata latreian] only to the consubstantial and life-giving Trinity” (Mansi, XII, 1148). This phrase had been translated: “I receive the holy and venerable images with the adoration which I give to the consubstantial and life- giving Trinity” (“Libri Carolini”, III, 17, P. L. XCVIII, 1148). There were other reasons why these Frankish bishops objected to the decrees of the council. Their people had only just been converted from idolatry, and so they were suspicious of anything that might seem like a return to it. Germans knew nothing of Byzantine elaborate forms of respect; prostrations, kisses, incense and such signs that Greeks used constantly towards their emperors, even towards the emperor’s statues, and therefore applied naturally to holy pictures, seemed to these Franks servile, degrading, even idolatrous.   The Franks say the word proskynesis (which meant worship only in the sense of reverence and veneration) translated to adoratio and understood it as meaning the homage due only to God. Lastly, there was their indignation against the political conduct of the Empress Irene, the state of friction that led to the coronation of Charlemagne at Rome and the establishment of a rival empire. Suspicion of everything done by the Greeks, dislike of all their customs, led to the rejection of the council, but did not mean that the Frankish bishops and Charlemagne sided with the Iconoclasts. If they refused to accept the Nicene Council, they equally rejected the Iconoclast synod of 754. They had holy images and kept them: but they thought that the Fathers of Nicaea had gone too far, had encouraged what would be real idolatry.


The answer to the decrees of the second Council of Nicaea sent in this faulty translation by Adrian I was a refutation in eighty-five chapters brought to the pope in 790 by a Frankish abbot, Angilbert. This refutation later expanded and fortified with quotations from the fathers and other arguments became the famous “Libri Carolini” or “Capitulare de Imaginibus” in which Charlemagne is represented as declaring his convictions (first published at Paris by Jean du Tillet, Bishop of St-Brieux, 1549, in P. L. XCVIII, 990-1248). The authenticity of this work, sometime disputed, is now established. In it, the bishops reject the synods both of 787 and of 754. They admit that pictures of saints should be kept as ornaments in churches and as well as relics and the saints themselves should receive a certain proper veneration (opportuna veneratio); but they declare that God only can receive adoration (meaning adoratio, proskynesis); pictures are in themselves indifferent, have no necessary connexion with the Faith, are in any case inferior to relics, the Cross, and the Bible.


The pope, in 794, answered these eighty-five chapters by a long exposition and defence of the cult of images (Hadriani ep. ad Carol. Reg., P. L., XCVIII, 1247-92), in which he mentions, among other points, that twelve Frankish bishops were present at, and had agreed to, the Roman synod of 731. Before the letter arrived the Frankish bishop; held the synod of Frankfort (794) in the presence of two papal legates, Theophylactus and Stephen, who do not seem to have done anything to clear up the misunderstanding. This Synod formally condemns the Second Council of Nicaea, showing, at the same time, that it altogether misunderstands the decision of Nicaea. The essence of the decree at Frankfort is its second canon: “A question has been brought forward concerning the next synod of the Greeks which they held at Constantinople [the Franks do not even know where the synod they condemn was held] in connexion with the adoration of images, in which synod it was written that those who do not give service and adoration to pictures of saints just as much as to the Divine Trinity are to be anathematized. But our most holy Fathers whose names are above, refusing this adoration and serve despise and condemn that synod.” Charlemagne sent these Acts to Rome and demanded the condemnation of Irene and Constantine VI. The pope of course refused to do so, and matters remained for a time as they were, the second Council of Nicaea being rejected in the Frankish Kingdom.


During the second iconoclastic persecution, in 824, the Emperor Michael II wrote to Louis the Pious the letter which, besides demanding that the Byzantine monks who had escaped to the West should be handed over to him, entered into the whole question of image-worship at length and contained vehement accusations against its defenders. Part of the letter is quoted in Leclercq-Hefele, “Histoire des conciles”, III, 1, p. 612. Louis begged the pope (Eugene II, 824-27) to receive a document to be drawn up by the Frankish bishops in which texts of the Fathers bearing on the subject should be collected. Eugene agreed, and the bishops met in 825 at Paris. This meeting followed the example of the Synod of Frankfort exactly. The bishops try to propose a middle way, but decidedly lean toward the Iconoclasts. They produce some texts against these, many more against image-worship. Pictures may be tolerated only as mere ornaments. Adrian I is blamed for his assent to Nicaea II. Two bishops, Jeremias of Sens and Jonas of Orléns, are sent to Rome with this document; they are especially warned to treat the pope with every possible reverence and humility, and to efface any passages that might offend him. Louis, also, wrote to the pope, protesting that he only proposed to help him with some useful quotations in his discussions with the Byzantine Court; that he had no idea of dictating to the Holy See (Hefele, 1. c.). Nothing is known of Eugene’s answer or of the further developments of this incident. The correspondence about images continued for some time between the Holy See and the Frankish Church; gradually the decrees of the second Council of Nicaea were accepted throughout the Western Empire. Pope John VIII (872-82) sent a better translation of the Acts of the council, which helped very much to remove misunderstanding.


There are a few more isolated cases of Iconoclasm in the West. Claudius, Bishop of Turin (d. 840), in 824 destroyed all pictures and crosses in his diocese forbade pilgrimages, recourse to intercession of saints, veneration of relics, even lighted candles, except for practical purposes. Many bishops of the empire and a Frankish abbot, Theodomir, wrote against him (P. L. CV); he was condemned by a local synod. Agobard of Lyons at the same time thought that no external signs of reverence should be paid to images; but he had few followers. Walafrid Strabo (“De. eccles. rerum exordiis et incrementis” in P. L., CXIV, 916-66) and Hincmar of Reims (“Opusc. c. Hincmarum Lauden.”, xx, in P. L. CXXVI) defended the Catholic practice and contributed to put an end to the exceptional principles of Frankish bishops. But as late as the eleventh century Bishop Jocelin of Bordeaux still had Iconoclast ideas for which he was severely reprimanded by Pope Alexander II.
~ADRIAN FORTESCUE
Posted by latinmass1983 at 12:31 PM